Suggested use of the Avian Dissuader in dispersing pest birds.

The Avian Dissuader® is handheld and designed to be used between dusk and dawn – primarily to deny the targeted birds their desired roost. Forcing birds to a different overnight roost usually means that they go somewhere else to forage (find food) during the day. Simply point the Dissuader in the general direction of the birds you are targeting.

If you are working with birds that are sitting in a body of water, start by pointing the laser down at the water. This will cause the beam to reflect off the water and cause a spot to appear. Move that spot out towards the birds in a start/stop indirect manner that would tend to mimic the movements of a predator.

With birds in a tree, simply point the laser into the tree, starting from the bottom and working up. Move the laser back and forth while you walk around the tree to make sure it is cleared – this is especially important with deciduous trees that contain dense foliage as it provides “hiding places” for the birds.

The reflection of the beam spot off of foliage, water, or even other birds is what frightens them away. It is not necessary to have the laser beam actually touch the birds to be effective (although there is no harm in this). Once the roost is completely clear, the birds will not normally return that night. Field-testing has shown that 3 to 7 nights of using the laser to deny the desired roost has a substantial impact on subsequent daytime and nighttime population.

Using the Dissuader during daylight hours:

While the Dissuader is mostly ineffective outdoors in direct sunlight (it can be used effectively on cloudy days), it can still be very effective during daylight hours when used indoors to clear buildings such as warehouses, retail stores, and hangers.

How often usage must be repeated:

How often the laser must be used to control the targeted population depends on species, location, and other dynamics such as alternative roosting sites and/or alternative food sources. Generally though, after introducing the laser for sufficient nights to break the roost, the birds will leave and only send their “scouts” back periodically to see if the roost is now OK. Re-introducing the laser to these “scouts” will prevent the flock from returning. Most encouraging is that both penned and field-testing by customers and the USDA/APHIS/Wildlife Services have not shown any tendency of nocturnal birds to learn to ignore the laser. Indeed, some species appear to become more frightened of the Dissuader when it is re-introduced.

Part of the testing the National Wildlife Research Center conducted was the effect of high powered, 650nm wavelength, lasers on the birds targeted – their findings showed no physical harm to the birds or their vision systems even after many hours of uninterrupted exposure. Since the birds’ eyes are coated with a film, or oils depending on species, to protect them from the UV rays of the sun, they appear to have a natural vision defense against the beam generated by the laser. Although mostly night-flying birds were a part of testing, this natural defense appears to also apply with diurnal birds or birds who are normally active in the day time. 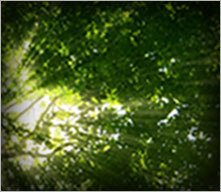